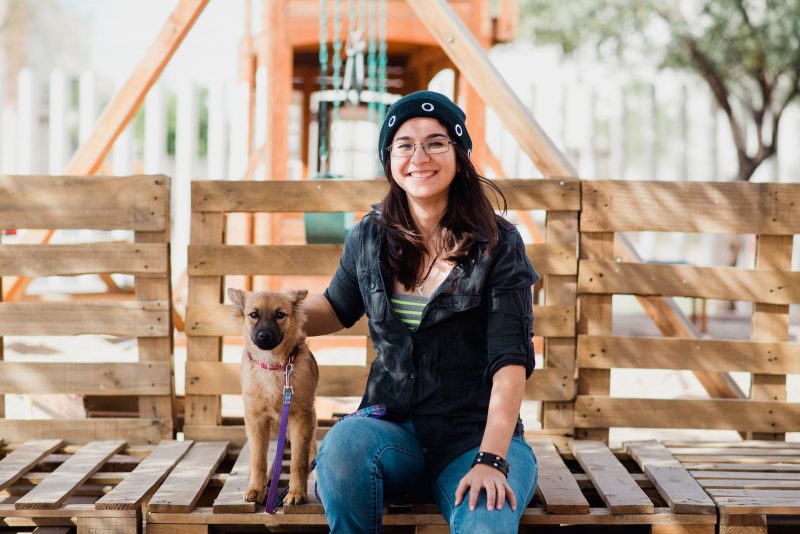 Thannia Blanchet is a frontend web developer from Sonora, Mexico.  Her background is a bit different from the standard education of a software engineer.

From Artist to Engineer

As a young girl she started out wanting to be a veterinarian, a physician, or even President. Her love for videogames and animation got her to explore the Flash language. This was her first contact with computer science.

Given her interest in the visual aspect of things lead naturally to the leap to front-end development. For years she struggled between being an artist and engineer.

In her own words, “I like frontend because it’s similar to being a child with a huge coloring book. I can spend hours and hours freely changing different aspects until things are perfect.”

Thannia is inspired by a wide variety of media. Her favorite book is the Count of Monte Cristo by Alexandre Dumas, and her favorite cartoon character is Mulan. She admires the way J.K. Rowling created an entire universe from scratch in Harry Potter.

Her hobbies include playing video games and watching TV series like The OA. She used to practice Mixed Martial Arts like Muay Thai and is currently learning Krav Maga.

When it comes to places, she is thrilled by the Marina and Pier 39 in San Francisco. She also has fond childhood memories of the Las Vegas strip during several family trips.

She enjoys Nearsoft’s culture and openness. In her own words, “this is a company where we stick up for each other. We care about people and it becomes sort of infectious. You end up being seduced into the culture.”

If you’re transitioning to frontend or if you also #ILookLikeAnEngineer feel free to contact Thannia as @thanniab in Twitter.