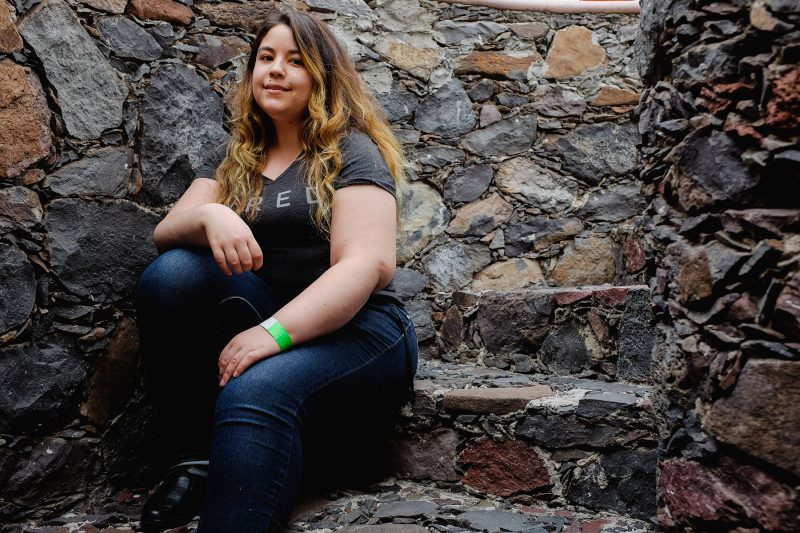 Elsa Balderrama is a software engineer from Chihuahua, Chihuahua. She has earned the nickname the Kickoff Guru.

Elsa knew her calling was to become a software developer since high school. A teacher showed her the ropes in Linux and she realized “I could get my own hand on the code, this is very practical.” She even made some money on the side at 17 developing plugins for WordPress and what she calls “the dark road of PHP.” But that’s in her past. Since then, she has trained hard for frontend development for the web, to later jump again to the backend with NodeJS.

Eventually she entered the Autonomous University of Chihuahua and got a BS in Software Engineering. She has bragging rights, her average score through college was 9.6 out of 10. She was second from the top of her class.

She has a lot of background in Open Source. She had the opportunity to work with Jonas Öberg, who worked at GNU for Richard Stallman, then director of Creative Commons and current director of the Free Software Foundation of Europe.

Elsa loves her work as a software engineer because, “I like the feeling of solving a hard problem I couldn’t even understand a few moments ago.” She also likes the mobility that working as an engineer offers her. “The range of topics I can work on is unlimited”.

Elsa’s not a movie person, but she loves music that’s “made thoughtfully”.

Other of her interests are within philosophy, culture and aesthetics. She’s always liked to draw and her lifelong dream is to be a producer for her own animation studio in Mexico.

Elsa really likes what Nearsoft does for its people. As she puts it, “We are kept very active, we can learn what we choose, and we can see how our contributions build something bigger.”

For more on software development or if you think #ILookLikeanEngineer send a line at [email protected].