Where Does Your Concern Regarding Screen Sizes and Thumbs Come from?

Originally it came from Josh Clark’s Phone’s Thumb Zone where he says if you reach into the far corner you’d say “Ouch” sometimes. But that’s not what I had seen people doing in my mobile design research, but I couldn’t prove it with data I had on hand.

There’s this assumption that everybody has a small iPhone. It is perfectly sized, you can hold it with one hand, and you can use your thumb to reach every corner. Which seems wrong. Casually looking around the office not everybody does that.

So that’s when I did the research. People mostly hold it with another hand on the phone. Or actually tap it with the other hand and then switch sides.

So basically it extends from all we’ve learned from human factors, cognitive psychology, and physiology is that people adapt to their environments and they don’t do just one thing. They have higher rates of doing one thing versus another based on their environment or their needs or the contexts they are working in or what you give them.

We found in our research that people adapt

We keep learning other ways that people interact with things that are not the obvious ones.

A lot of people are, like, who can use a big phone? You can’t reach it if you have small hands. Well not true or why would 70% of phones have screens over 5″ now?

Have you ever seen a correlation between woman with small hands buying small phones? No. They buy giant phones and put cases on them.

So there is clearly no correlation to hand size. It’s whatever they want for some other reason.

What Can You Tell Us about the Research You Did to Figure this Out?

I haven’t done laboratory research for any project in probably close to five years. We always go to the client’s home or office or whatever. For this one, I realized it partially by experimenting a little bit around the office. Asking people, “how do you hold your phone?”

If you ask somebody, they start being self conscious and they change themselves. This is one of the reasons you can’t necessarily get accurate representation of how people do stuff in a lab setting. Unless you have a very carefully designed experiment, you’ll mess up stuff.

The first thing I did was literally walk down the street. I was living in San Francisco at the time, so I had about a mile walk down busy streets full of people waiting at bus stops on their phones. And I would have my clipboard and go, “check, check, check.”

I built a little mobile form at one point and got 1,300 observations from that.

When you are just checking off what orientation size and where their fingers are, you can do it pretty quickly. So it wasn’t that hard.

Unless you have a very carefully designed experiment, you’ll mess up

Then once I had this data I wanted to correlate it. So I went to the ACM Digital Library and searched and searched and downloaded probably 120 research reports. I found a couple dozen that were useful.

So I was able to find that other people’s research often in lab settings with well design research apparatus or a downloadable game where you click things. They would see how quickly people could click on any part of the screen.

They proved in their labs what I had found observationally. But I probably would have had some researcher bias if I had known that in advance.

Then we did some other things. For example, I had people do the same observational thing as part of the research. People signed up for it, including teachers, educators, and clerks. And they did it in schools, offices, and their own homes. They even observed their families. And they got to see how it works on tablets and phablets.

You Mention Different Contexts Where You Observed Users. How Can These Affect the Way We Interact with Our Devices?

We can only guess. It’s one of those things where we would need large amounts of research to tell.

And there are two contexts, one is external environment and the other is what you are trying to do, the context on the device. It’s a little strange when someone looks over your shoulder.

We had a little bit of data. And some of it was very weird. Hardly anyone in the overall scheme holds their phone vertically and uses two thumbs. Yet occasionally you’ll see somebody tap with one thumb and then scroll with the other.

But when they switch to typing, 40% of people suddenly grab the phone and use two thumbs like usual.

I don’t have all of that information. And some of the research didn’t go as well as expected. For example I had them watch a video and 100% of the participants watched it on portrait mode.

I was waiting for them to go, “Now that I’m watching a video, I’ll go sideways.” But no one turned it sideways. I don’t know if that was because I was standing there and therefore I’m getting some bias in the reporting thing.

So they’ll be doing things like that. Or they will switch hands when they are opening a door. But they might still be messing with the phone.

The best research, I think it was someone in France. Where somebody had people walk around on a college campus carrying groceries or simulated groceries. They had them carry a basket in one hand and use their phone in the other hand.

That was one of the research I reported in the presentation. There they saw that accuracy drops massively as a result of that thing.

So that kind of stuff is super interesting to think about: what’s the environmental context going to change like and how can we adjust for it.

If I were designing applications for moms with babies. I would totally observe them in somebody’s house using it and seeing how they deal with it.

Anecdotally, I’ve seen them do stuff, like, they are holding the baby with one hand and kind of using their other hand to use their phone.

I’ll bet there are specific ways that most moms with babies deal with having a baby and a phone in their hands. And no matter what you say, I’m sure it’s like driving and texting, I’m sure they do that. They take care of the baby and their phone. They don’t just put it aside. 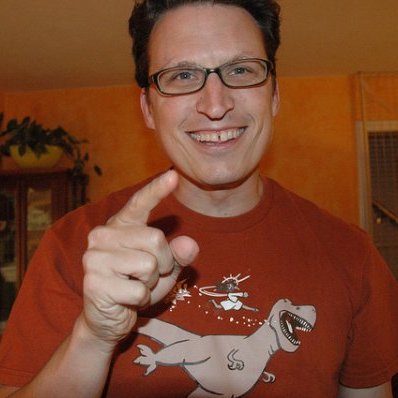 Steven Hoober is President of Design of 4ourth, a design studio focused on mobile design and co-author of Designing Mobile Interfaces: Patterns for Interaction Design. He is widely known for his ongoing research into how people really use touchscreen phones and tables.

Head down to part two for more talk about UX research.