Here’s How to Find Good Talent 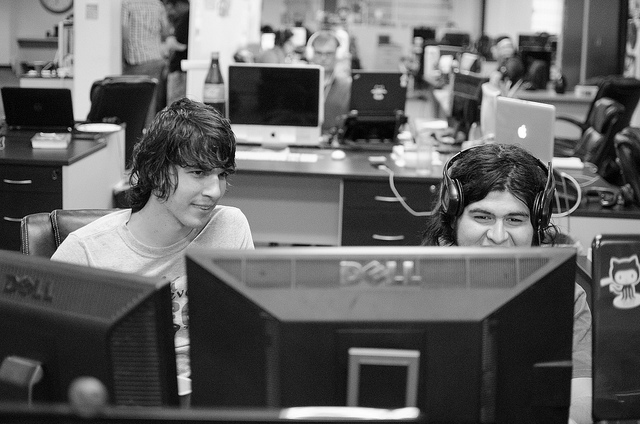 Recruiting is a pain, and most companies don’t do it very well. Growing your development team doesn’t have to be a frustrating experience, but it may require making changes and finding new sources for candidates.

The question is: what works?

Your goal is to grow your team with people who are passionate about the same things you are. The reality is that recruiting good developers feels more like a long, arduous frog-kissing marathon, with no prince in sight.

Depending on the stage your company is in, the level of difficulty will be different for each of these steps. 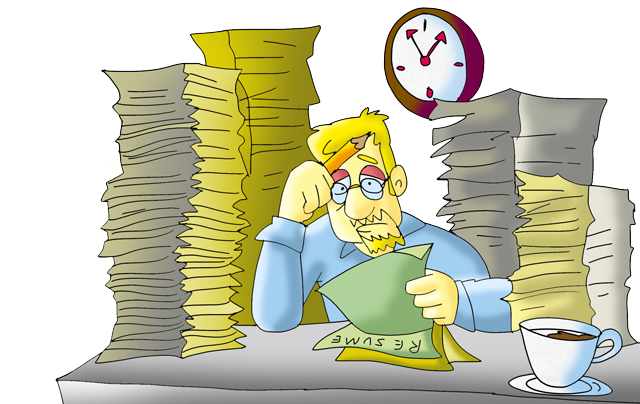 The likes of Google, Twitter, Facebook, etc. don’t even bother finding people: candidates come to them in droves. They don’t have to sell candidates, either, they already come convinced that they want to work at this place.

These companies still have to spend time and effort to make sure that these candidates have the skills and fit well culturally.

For example, Google receives over one million resumes per year and hires between 1,000 to 4,000 of them. Each can involve up to 20 interviews before making an offer. It’s mind boggling. So, even though they have been honing their process for a long time, it still leaves them with a huge amount of work.

Rather than digging through piles of resumes, the big challenge at this stage is finding people.

Companies at this stage may or may have a well recognized brand and a developed community. The ones that do, have an easier time finding people.

For example, Fog Creek is a relatively small company, but its founder, Joel Spolsky, is a celebrity in software development. Looking at Fog Creek’s hiring stats (for interns) shows that they hired only 1.3% of all the resumes they reviewed (i.e., 9 out of 693). However, four of the nine interns they hired came to Frog Creek because they were “Joel’s fans.” They already knew the company and wanted to work for it.

Curses upon Google, Facebook, and Microsoft in the ongoing battle for top developer talent.

So even when you have an edge, competition is fierce.

Most startups have the same problem of not being known to candidates. On top of that, they have other things to worry about like getting funding, and figuring out what their real market is, and getting a product out the door.

As an added challenge, from the point of view of the candidate, startups are high risk and all those stock options may end up as so much wallpaper. So, you need to find people who are good and are comfortable living at the edge of chaos.

Working with contingency recruiters is always an option. However, in addition to high fees, the problem with working with recruiters is that you still have to spend lots of time and effort going through a pile of resumes loaded with buzzwords that fool most recruiters.

Establishing the “employer brand” that Overell talks about takes lots of time and effort. As in any market, establishing a presence takes dogged persistence.

In addition to an active blog you need to keep up the drum beat in all the places where your candidates hangout online: StackOverflow, Reddit, Google+, Twitter, Facebook, etc.

As Jobvite points out, employers who used social media to hire found a 49% improvement in candidate quality over candidates sourced only through traditional recruiting channels.

A whole lot of qualified people out there already have a job. They may have a LinkedIn profile, but that’s about it. They are not actively looking. Or at least, that’s what it looks like from the outside.

In reality, 51% of employed people are open to a new job.

Target the people you would like to have in your team. Learn as much as you can about them from their digital footprint (but don’t stalk them). Then approach them with your great story about your company.

Speaking of stories, you will be a lot more successful attracting great candidates if your company has a vision that’s speaks to them.

Great technology, a cool product, and fun facilities are all very nice, but people want meaning in their lives. If you can communicate how your company is good for the world, it will give you a killer advantage over the competition. Google’s “Do no evil” is still a big draw.

You have to keep an eye on the balance between hiring and getting work done. In particular, you want to make sure not to burn out your current staff.

If you are lucky enough to find candidates, it’s tempting to pile up one interview after another and having everybody talk to each candidate willy nilly. If you do that, you may end up having to replace your current team.

Think through a process that works well for them. Make sure that all the right questions are asked, but organize it so that it takes minimal time from each person in your team. Write a clear role description. Insist on written feedback. Make a final decision as a team. Let the candidate know about your decision as quickly as possible.

For the sake of your team and the candidates, be thorough but not overwhelming.

Keep in mind that happy candidates will act as a positive reference, even if you don’t hire them.

There is a lot more to creating your own effective recruiting process.

You can read more about on how to improve your recruiting process.

We hope this post helps you improve your own recruiting process.

Have you used any shortcuts to attract passive candidates? How did you do it? Do you use other techniques to filter out weak candidates sooner? Do you think some of the ones mentioned above will not work for you? Why not?

Please, tell us about it in the Comments section to share with the community and come up with an even better model.