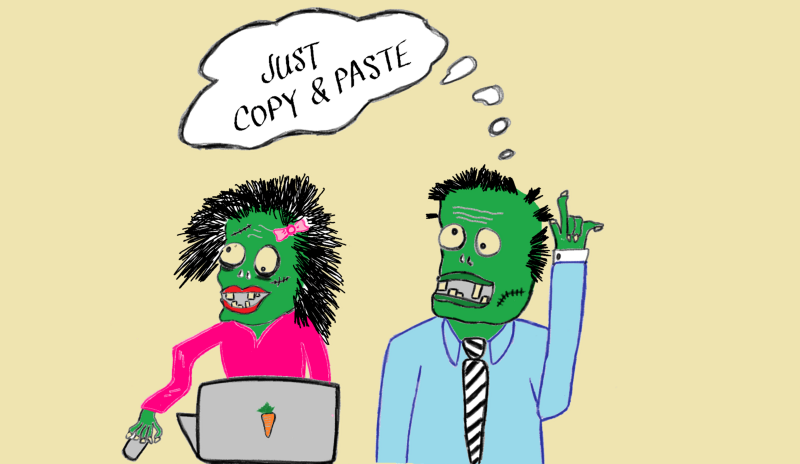 Have you ever heard the term “zombie code?” It is code that does not execute but it’s still present, as in commented code.

Like the zombie code, there are zombie developers out there. What are they? And how can you recognize them?

Are you infected? Take a look at these symptoms.

Instead of keeping themselves updated, zombie developers try to survive as developers writing code with the same old languages, and frameworks, avoiding to learn the new stuff.

I’m not saying that’s necessarily a bad thing. There’s a lot of places that need a good developer who understands “old” versions of a framework to complete the work. My point is that if you have the choice, pick something new. You’ll discover the advantages of modern frameworks no matter what language you work with.

And no matter the language, learn good practices, design patterns, and keep your code as clean and maintainable as possible.

A zombie developer will start to work on an assigned task even before understanding the real problem.

Please, don’t do that!

If you have a task to do, no matter how simple or complex it is, you need to take some time to review what’s beyond the current problem. If not, then you could “fix” a simple issue and create a bigger one.

Alert 3: Not Speaking Up

A zombie developer would prefer to finish an already defined task instead of suggesting a new way to do it.

Once you already understand the situation if you find a better way to proceed, then say it and make it happen. Something important here is that you don’t have to wait until the problem appears. If you discover something that could be a problem in the future, the moment to act is now. Even if it’s not really a problem, the time is still now.

Avoid becoming a copy-paste developer and become a today-I-learned developer.

I have found “developers” fixing things by copy-pasting the solution from a forum. These “developers” don’t care about understanding what is happening. Even worse, I have found that comments and explanations literally copy-pasted.

You need to learn first and then put your solution in practice only if you really understand what is going on.

Here’s what you can do to avoid becoming one of the infected,