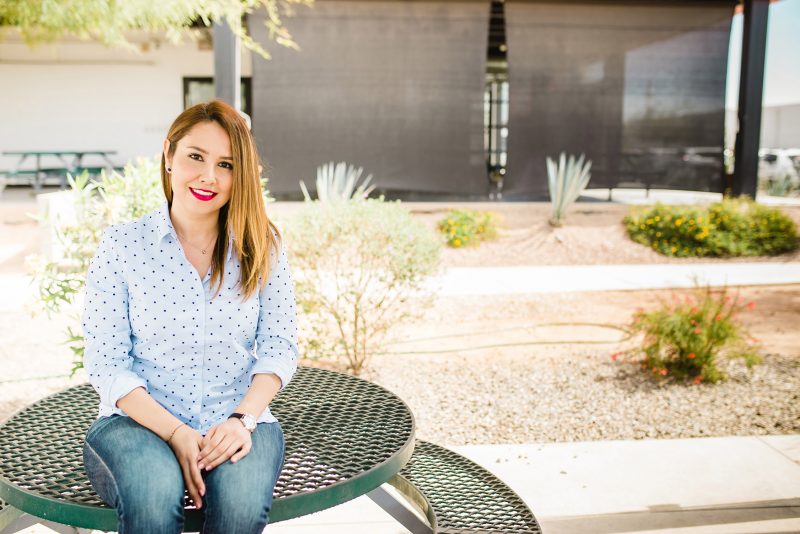 Perla Ruiz is a full stack developer from Hermosillo, Sonora. She has been a software developer since before graduating college.

Perla has been a Java and C++ developer since she was 22 years old.

Before studying Computer Science at University of Sonora, she graduated as a Computer Technician. She feels this gave her the upper hand.  She was an avid autodidact and by the time she entered college she could already code.

Before she graduated, she was recruited by Hewlett Packard. For eight years she worked from home with a distributed team of five members.  They supported hundreds of others throughout HP.  She believes discipline and good practices are the hallmark for this kind of work.

Perla considers herself a full stack developer, with a strong backbone in algorithms, performance testing, and optimization.

Her next big challenge is to make the leap to Android.

She was inspired by her brother, a Systems Engineer, to pursue a career as a software developer.

From a young age Perla has always been very active, taking up several athletic activities such as baseball, volleyball, and basketball. When it comes to soccer, she’s a huge fan of Real Madrid.

Her favorite song is Highway to Hell, perfectly fit for a massive AC/DC, Misfits, and Rancid fan.

She plays the guitar and used to be in a punk band.

Ever since she came to Nearsoft, she found something very appealing about an open workplace and culture. In her own words, “my definition of a good working environment is where people can be treated as humans. Where collaborators can talk to each other, ask questions, and have a good time.”

She’s already organizing a Leadership Team to pave the way for new Nearsoftians.

For more on software development or if you also feel that #ILookLikeanEngineer you can contact Perla at [email protected].