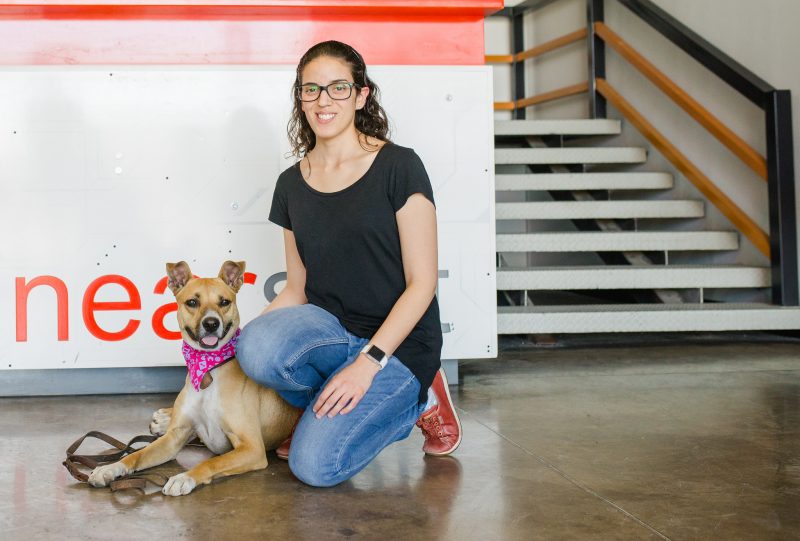 Judith Garcia is a testing engineer from Hermosillo, Sonora. Her incredible proficiency earned her the nickname “robot.”

Judith is a Computer Systems Engineer from the Hermosillo Technical Institute, where she graduated Valedictorian. She started her career as an intern in Nearsoft, starting out as a Manual Tester and progressing to QA Lead.

Judith has been marked by two aspects in her role as Lead QA. The first one being the technical side of things, in which gaining mastery of the craft is valued above all else. And, the second one is the human side with all the personal relationships that it comes with it.

She believes one cannot exist without the other. In her own words, “the personal side has a lot of weight. You should not let your professional life absorb you. Your team needs to be motivated and healthy.”

Judith fell in love with computers watching her brother open a CPU and configuring it. In her own words, “in that moment I knew this would be the career of the future. A computer is an amazing tool to connect with others, and its potential for creation has no limits.”

She has been a passionate photographer for the last six years. Capturing moments exclusively for her family. Her favorite photographer is Leonard Herman. She has two single-lense cameras, a Fuji Film X100T, and a Nikon D7200.

Judith has a movie for every phase of her life. Mary Poppins as a kid, Matrix when she was in Junior High, shortly after came Lord of the Rings, and currently, Up in the Air.

Judith has been at Nearsoft since 2008. She stayed because, “I feel teamwork and culture at Nearsoft are better than being a consultant or being benched in another company.”