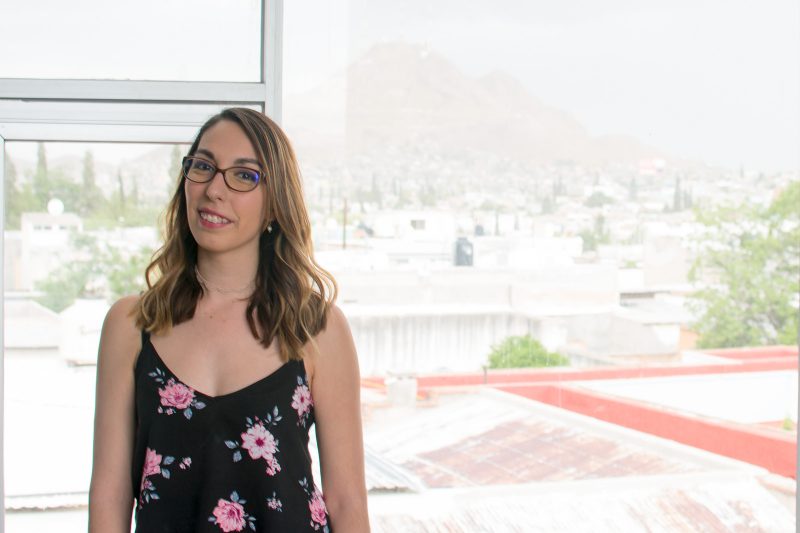 Ana studied Computer Sciences and Administration at the Autonomous University of Chihuahua. Her first job out of college was as a technical support engineer at an assembly plant back in 2010. She never really thought of becoming a coder until a friend asked for her help developing software. Together they founded Piñata Software, as she learned Ruby on Rails.

After just two months she was hooked and decided to become a software engineer.

She’s been a Ruby dev for three years now.

In her own words, “I start imagining the solution to a problem. I can see the whole path becoming a process. Little by little you develop it. The joy of knowing that what you created works is really something special.”

She’s also motivated by teaching others. Ana is a promoter of RubySchool in Nearsoft Chihuahua. This initiative is a free and open invitation to anyone interested in learning about Ruby.

During our interview she mentioned, “if there’s a mom or dad reading this, remember to teach your kid about everything regardless of gender. An engineer is not a nerdy, quiet boy that doesn’t like going out.”

Her favorite movie is an oldie-but-goody from 1998, Great Expectations. When it comes to books she finds the Harry Potter saga thrilling. Her favorite bands are Muse, The Killers, and Aerosmith.

Ana likes the freedom Nearsoft affords her. As she puts it, “We have everything a freelancer has, like no dress code and flexibility with your hours. Yet you keep the awesome benefit of a steady job.”

For more on software engineering or if you think #ILookLikeanEngineer you can email her at [email protected].