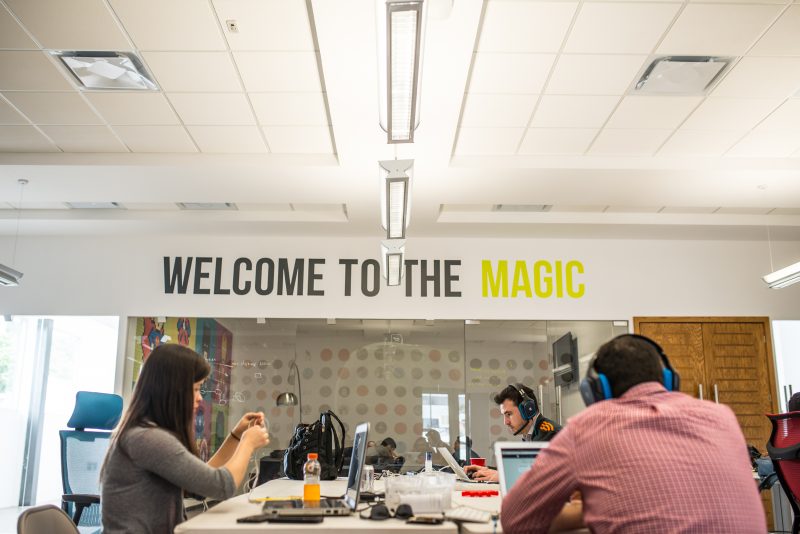 According to Jeremy Rifkin we are on the on the verge of a Third Industrial Revolution. At Nearsoft we are at the leading edge of this movement and to me it is part of my day-to-day life.

But if you haven’t experienced life in such an organization, this may come as a shock for you.

Are you ready for it?

Based on this statement alone, we might as well ponder the possibility of being on the verge of a Third Industrial Revolution.

For my generation and younger ones, being part of global community is common ground. We relate more to collaborative relationships through Facebook than with traditional tribal loyalties. The “old ways” become anathema.

Patriarchal thought, rigid social norms, and the xenophobic behavior of older generations are absolutely alien for a society that is growing through Social Media.

Tired of being ruled by arbitrary leaders and of living in a corruption-filled society, where merit is ignored, and patronage and back scratching are the norm. Those in power get filthy rich in detriment of the general population. This new generation of young folks demands a change.

Ours is a generation that is considered by most as a historic milestone, and represents a shift in human consciousness itself.

The First and Second Industrial Revolutions favored vertical and scalable economies as well as the creation of huge, centralized enterprises. They were managed by hierarchical organizations and competed in adversary markets.

From Hierarchical to Lateralized Power

The structure of a traditional company has been,

But, at what cost?

A Third Industrial Revolution brings along new business models. And Nearsoft is a living example of this.

Hundreds of millions of young folks now actively participate in distributed and collaborative social networks through the Internet by sharing their time and expertise to help others make progress in life. For the most part they do it for the sheer joy that it brings them, under the firm belief that contributing to someone else’s well-being in no way diminishes one’s own.

At Nearsoft, personal interests are put alongside collective ones. Proprietary information is replaced by openness and collective trust. Transparency wins over secrecy.

Generating profit is the raison d’être of every company in the world. Nearsoft’s goes a long way past just profit. Nearsoft’ seeks to promote technological entrepreneurship beyond the boundaries of the company.

“The Third Industrial Revolution highlights a series of different biological impulses: the need for social coexistence and the search for community.”

Working at Nearsoft helps you discover that true freedom does not mean living in an island by yourself. To the contrary, the island is now a place to be enjoyed along with everybody else through effective interaction.

If freedom means having a better quality of life, this could probably be measured by the abundance and diversity of one’s own experiences and through the strength of our social linkages.

Quality of life requires active participation of everyone in the community and a deep sense of responsibility of all of its constituents to make sure that no one is left behind. At Nearsoft, work is carried out collaboratively and the benefits of personal and company initiatives are also enjoyed by the whole community.

Consequently, Nearsoft’s vision is to be a true source of happiness for its employees and the community of which it’s a part, and to become a destination for those seeking personal growth as well as professional one (Work Hard, Have Fun: a Day-in-the-Life at Nearsoft).

The Industrial Era emphasized the values of discipline and the vertical authority flow, the importance of financial capital, market rigidness, and private property. The Collaborative Era, that we live at Nearsoft, is more about being creative, peer-to-peer interactions, social capital, community involvement, and access to global networks.

My generation’s dream is to be able to arrive at a workplace where honest effort is appreciated without the need for unnecessary and cumbersome things like dress codes and rigid schedules. To work with a team that values creativity and innovation. And, mainly, to achieve a high degree of personal development doing what we’d like to do the most.

This is the vision of a generation that values and recognizes people and companies that “live” this mindset.

Are you ready for the Third Industrial Revolution?

Note: All quotes are from “The Third Industrial Revolution” by Jeremy Rifkin.