The Logic Behind Nearsoft’s Logic Test 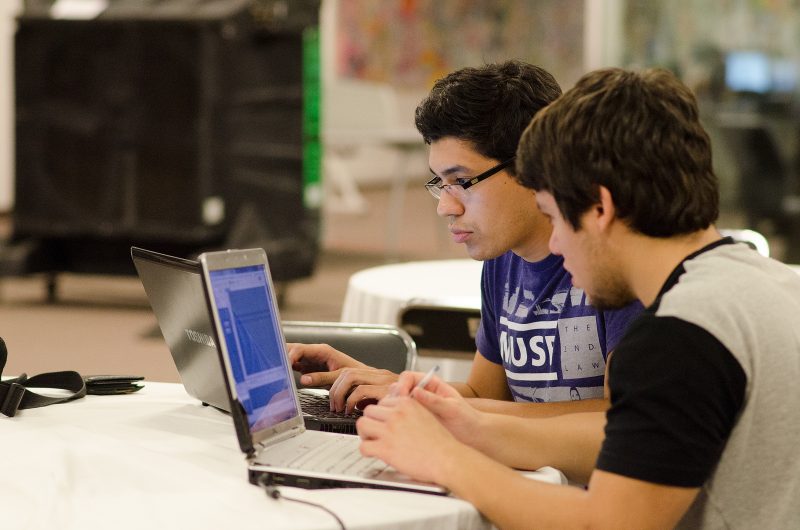 It’s not about logic, it’s all about self-discipline.

The Nearsoft “Logic” Test is not about first order logic.  Rather it is a programming test, but at the time it was first conceived (by an unknown source, not us), “code” was referred to as “logic.”

On a couple of occasions, candidates (who have not passed it) have, let’s say, “questioned” the purpose and validity of the Logic Test. Nevertheless, the validity of this test is supported by solid research.

The Logic Test measures, in relative terms, a candidate’s level of self-discipline.

As in the classical Head to Toe game, the test provides a good indicator of the level of  self-discipline needed to achieve important aims and ambitions.  Children are asked to do something counter-intuitive: they must touch their toes when the instructor tells them to touch your head and touch their heads when the instructor tells them to touch your toes.  Each time they do this, they are given 2 points for the correct response (i.e., he opposite of what the instructor says), 1 point if they start to motion towards the incorrect response but then correct themselves and 0 points for the incorrect response. In the original research by Tominey and McClelland (PDF), they had the kids do this 20 times, with higher scores indicating higher levels of behavioral regulation.

For obvious reasons, instead of asking adults we’ve barely met to play the Head to Toe game, we invite them to take the Logic Test.   As in the game, the Logic Test puts developers in the position of following counter-intuitive rules.  Most modern programming languages share pretty standardized rules and developers internalize the rules early in their careers.  Contrary to this, in the Logic Test, these rules and conventions are tossed out the window and replaced with simpler rules instead.

And if the rules are simpler, they should be easier to follow, right?

Alas, like the kids in the Head to Toes game, developers find it difficult to ignore the standard rules.  As in the game, the test gives them 20 chances to do the correct-but-counter-intuitive thing. In this sense, then, the Logic Test serves the same purpose as the “Head to Toes” game in measuring the relative level of self-discipline a person has attained. The more self-disciplined a candidate is, the more successful s/he will be in resisting the temptation to do the comfortable thing and will instead follow the new rule.

The successful candidate will more likely than not be a person who can focus and adapt more quickly to attain a goal, even if s/he is uncomfortable while learning to use the “new tricks.”

Better than an IQ Test

Tominey and other researchers have shown that self-regulation is a better predictor of success than IQ.  In a different experiment that measured impulsiveness, Walter Mischel of Stanford University followed up with the kids ten years after the original experiment and found that the less impulsive kids developed into self-motivating and organized adults who were good at coping with difficulties and persisted in the face of failure while the others grew up to be easily distracted, less motivated and highly disorganized.

In our terms, candidates who pass the Logic Test may or may not be the genius kids in the room, but they’re likely to be the most accomplished because of perseverance and self-discipline.  They can focus on what’s important and do what it takes to get it done. They don’t get easily distracted by side issues (e.g., Java vs C# vs PHP vs #hellip;) and find/learn/make/use the best tool for the job.

Outside the classroom, dieters who are able to resist that mouthwatering slice of cake quickly lose weight, students who endure the hardship of homework achieve better exam grades, and athletes who are prepared to spend hours training win more medals.

― 59 Seconds: Thinking a Little, Change a Lot by Richard Wiseman

The Nearsoft Logic Test is a valid instrument to use as part of our recruiting process.  It measures the level of self-discipline a candidate has developed.  And it helps us identify people who would not be happy working at Nearsoft, where self-discipline is key to success.