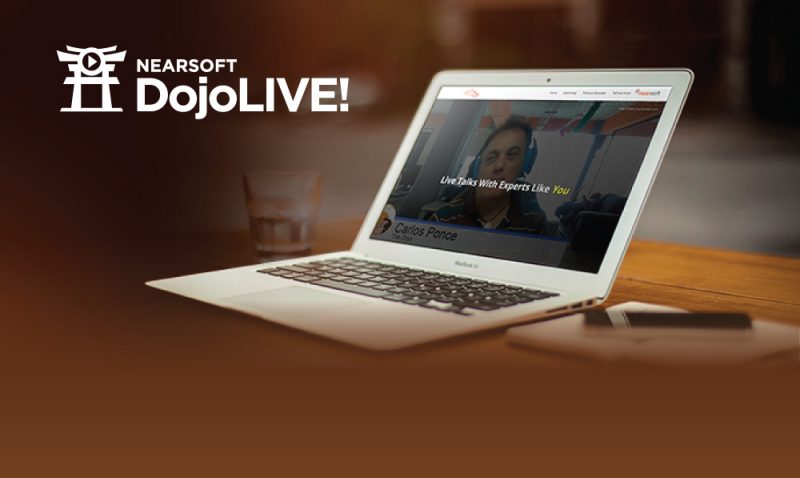 It’s been a whole year since I started this craziness called DojoLIVE!. Its reach has gone beyond what I had originally expected, and its scope beyond the software development realm.

The DojoLIVE! video broadcasts are now viewed by a very broad audience, ranging from interns to executives who want to interact with our sought-after speakers, business leaders, and software development celebrities.

Here’s how to become part of the DojoLIVE!

Firstly, I had to connect with my audience and the speakers. For one thing, since I am not an engineer, I had to learn the lexicon. I have taken courses, read a lot, and talk to a lot of people at work, at Nearsoft.

I’ve also had to learn a lot about the software engineering industry to learn to identify the “movers and shakers” of this industry.

I rely heavily on personal recommendations by Nearsoftians and acquaintances.

I depend on the Nominate a Guest form on the DojoLIVE!’s website.

Once I have some names to go after, I will do some research on them, their work, online presence, and their feats and accomplishments.

I will assess the relevance of their profile to the DojoLIVE! audience.
I will then try to establish contact through every means within my reach to get a response.

Once I make contact or get some kind of response, I try to build rapport with them, introduce them to DojoLIVE!, and get their feedback.
Finally, I arrange a quick prep chat to discuss the details with them. Topic, format, promotion, as well as a date for the broadcast.

To book high-caliber speakers you need the right messaging.

Honest, up front, clear, aligned with their interests and strengths. Most importantly, I point out the great impact that their participation is going to have on our audience, the international software engineers community.

Most of the time, this seems to do the trick.

Addressing the speaker’s ethical values and commitment towards the professional community works quite nicely. It gets them enthused about becoming part of this crazy endeavor.

What’s In It for Me?

During the first year of Season I, it became obvious that DojoLIVE! is a formidable way to network in every direction.

The audience gets the benefit to listen to and interact with very interesting people, with unique points of view, and the wisdom and experience gained from hard-earned lessons.

Speakers enlighten viewers with their experience and knowledge. Viewers respond with relevant questions of interest to the speakers. Speakers also get to promote books, links, and webinars.

What’s In It for You, the Audience

As part of the audience, you can benefit most by doing a bit of work,

What’s In It for Nearsoft?

As our main sponsor, Nearsoft also benefits. Primarily, it gains name recognition with potential clients and future Nearsoftians. It also benefits, albeit indirectly, from a growing software development community.

During the whole year of the first season, there have been many names that have left an indelible imprint on me.

A good example of this is Susan Bennett, the voice of Siri. It was a rather unique experience for me, as a technology user rather than an engineer, to be able to put a face to the app.

Also, Bob Martin (aka, Uncle Bob) made an impression. His interview has so far drawn in the largest number of viewers. He and Simon Peyton Jones, Molly Holzschlag, and other DojoLIVE! speakers are software celebrities.

And I found Yossi Ghinsberg a very interesting human being with unique view on work and life in general.

Not everything has been milk and honey, though. I have had my share of fails, bloopers, and blunders while broadcasting live.

For example, the interview with Robert Graham was visually, let’s say, uninteresting. Even though I had full control of the Hangout On Air (HOA) admin panel, I never shifted away from his frame. You can hear my voice, but you never see me for the whole interview. Looking back at it, it feels rather awkward to see Robert simply staring at the camera as I speak.

Sorry, Robert, I was a HOA rookie!

Other bloopers have been due to connectivity issues. Like, losing the signal and not realizing that I was off the air. Spilling a cup full of coffee on my desk and ruining pretty much every single paper item on it. I had a hard time hiding my worry and embarrassment.

Fortunately, I was able to rely on my improvisational skills to keep things going. And, all along, it has been fun.

This new season will bring about several new features,

Our next season will start on October 5th, with the participation of Dawna Jones. She is an expert in Decision Making and Leadership Awareness for Complexity. 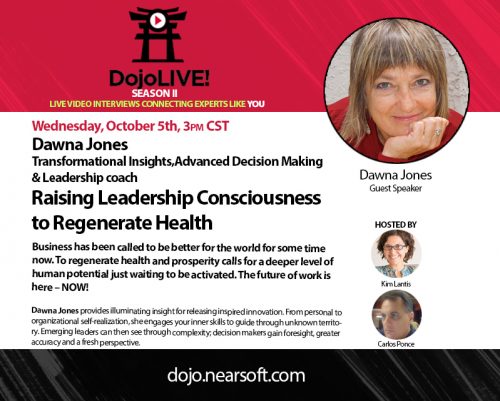 The Role of User Research in Software Companies 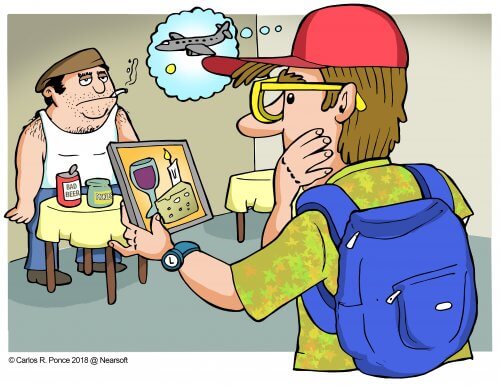 The Travel Experience and the Influence It Has on Travel Tech 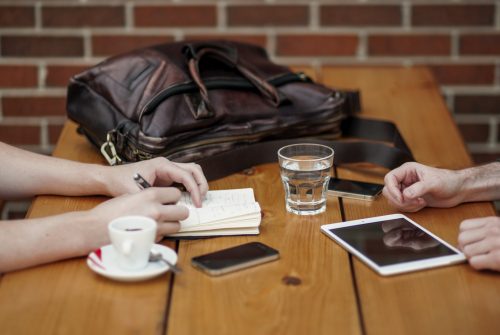