Sabre Hackathon: My Perspective as a Software Engineer 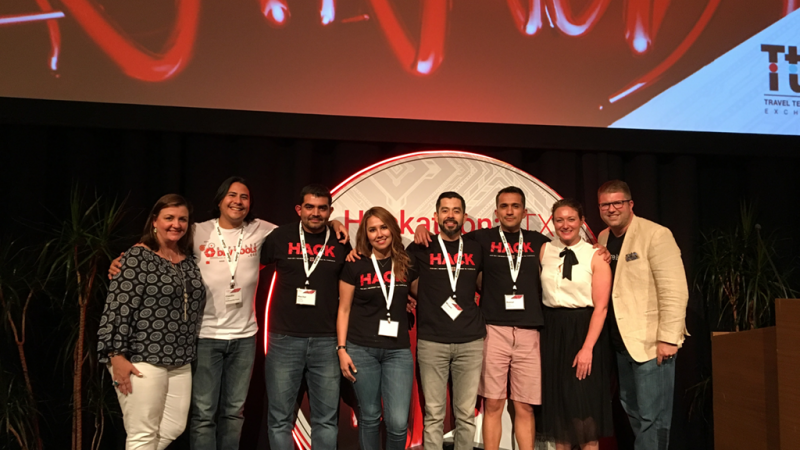 The most important factor of the TTX Hackathon without any doubts was the team. Can you imagine how hard it was to work 24 hours straight? It was very, very hard!

Here’s the story of my team.

There were five people in our team. I had worked with only one of them before the event. Needless, I did get to know them all and I found them the best team ever.

My experience was great thanks to them. I learned a lot from everyone of them, and not only about tech things.

Sharing so much time with them was amazing!

The first challenge was working together as a united team. Luckily for me, the team members were very easy to deal with.

After the sponsors introduced themselves and the goals of the hackathon, Hector, one of the devs, suggested that it was best if we changed an idea that we had worked out before. This way we could use the sponsor’s app.

This was a big decision, and ended up being a great idea!

We created a chat bot for Facebook using Luis.ai by Microsoft and Smooch.io.

The technical issues began with the credentials! They were blocked. When that was solved, we tried to connect with the SOAP endpoint following the documentation. Sadly the example we followed wasn’t right and it wasn’t working.

I talked to the Sabre team and found out that the problem wasn’t on our side. This was after we had already invested precious time trying to figure out the problem. Daniel and I had gone through the steps one by one before asking for help. It was a very stressful moment but the back-end team ended up rocking it.

Choosing the name of the boot was important too, but Claudio, a Nearsoft Labs member, solved the problem. He came up with the name Sherpa and explained that, “Sherpa originally meant the tribe in Nepal whose social custom was to provide humane and courageous mountain guides to outsiders.”

This was the perfect concept for our travel assistant.

The last part involved designing a usable User Interface and an attractive presentation. Our team designer, Misael was responsible for that and of course he killed it.

I have to say the presentation was a challenge for me. I had to present the product along with him. I guess it made sense, since the chatbot was created for women that travel alone. It was appropriate for me to sell the idea. Once I got over my nerves, we had a great presentation.

We Developed a Great Product

The idea was fueled by a survey of all the women at Nearsoft. With this research we had a good idea of what was more important to women travelers. We used this info to narrow down the hotels and present them with a list customized just for them.

We trained Sherpa, using Luis.io to recognize search patterns for this specific pool of hotels. You could talk with Sherpa with keywords such as “tomorrow” or with specific dates in order to search for hotels.

We complemented it with Smooch.io to deliver messages.
Still, we didn’t win. If we had made it a bit more fun, that would’ve made the difference. In any case, fun or not, we came up with the foundation for a solid product in 24 hours.
Hard Work, Great Results

We set a high standard for the quality we wanted to achieve. We wanted to show Sabre and everybody else in the room how good the Nearsoft team was.

As a loud and happy Latin American team, we were different from the get to. Some even told us that we were the only team sharing everything in social media and constantly laughing. We were working hard and having a good time.

When you work hard, you get to play hard, too. After all, the Sabre TTX Hackathon was in Las Vegas. Our team rocked the product and the city, too!

If you play the Hackathon game, it is important to know that is not just about a good product. It also has to be “cool” and flashy, even if it’s not technically the best.

AKA, what we could’ve done better.

The communication between Backend and Frontend could have been better. We made several assumptions that resulted in time wasted.

Even if we had a solid business proposal, a more disruptive and innovative solution would’ve gotten more attention. The winning team had a flashier product.

Next time we will plan better. Some knowledge prior to the event could’ve allowed us to know the sponsor’s products, and we wouldn’t have spent time changing our first product idea.

Where Are My Girls?

Something that caught my eye was the lack of women at the event. Where are all the girls?

From more than ten teams, of five people each, there were only two women. That’s including me.

More women should participate in this kind of initiatives. I hope that writing about my experience and sharing some insights with the hashtag #ILookLikeanEngineer is enough to motivate more women to join us. 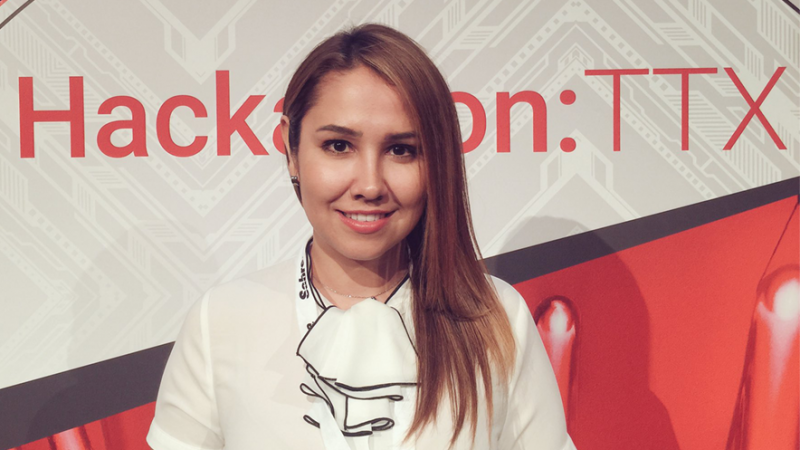 I really think that we have a different perspective about how to approach problems. We need to make us visible!