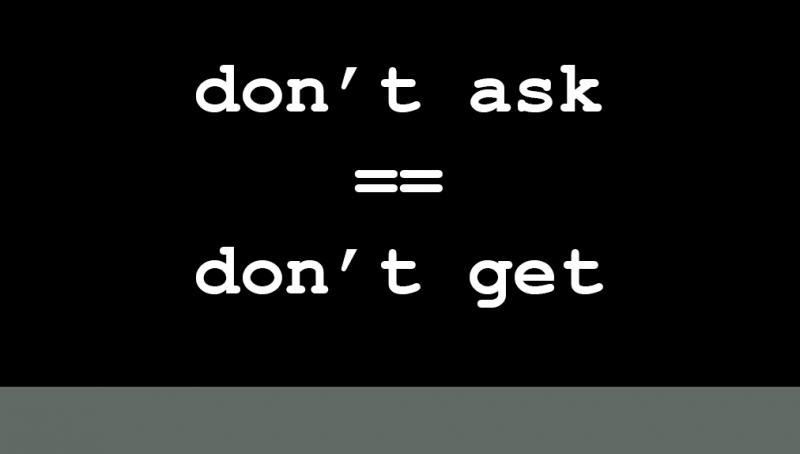 Exposing our ignorance is necessary to accept that there is a gap in our knowledge and skills. Above all, to let others know that we still don’t have all the necessary skills to do our job.

Confront your ignorance and close the gap.

Don’t Be an Infovore

I just read a book titled Apprenticeship Patterns. One of the chapters spoke of two patterns that we can use when we are starting out as apprentices, 1) show your ignorance and 2) confront your ignorance.

So it’s important to strike a delicate balance between this pattern and Expose Your Ignorance. Confronting your ignorance on its own leads to arrogant infovores who never get anything done, while exposing your ignorance without seeing it as a problem to be solved leads to excessive humility and helplessness.”

When confronting my own ignorance, I was forced to face some really bad memories.

I had been an infovore who rarely got things done. And now I know that there’s even a word for it.

The Time I failed to Expose my Ignorance

I had a couple of years of experience as a software developer when I found a company where they truly knew how to develop software.

I was considered a mid-senior level engineer. However, I struggled to adapt and was not meeting my team’s expectations. They supported me, but they were plenty busy and I did not dare ask for help. Instead, I tried to learn everything on my own.

Eventually I decided to quit. We stayed in good terms, but I believe it is one of the failures in my career.

Later, I realized that the conditions were so that it was not a good place to learn and grow. In particular, there was almost no teamwork when it came to product evolution. It was a more a culture of, “this is what you have to do–do it” with no other explanations.

I had not adapted well to the company. At the end of the day we didn’t click.

However, one of the key factors for not having a successful experience was not exposing my ignorance.

What Can I Do So that It Does Not Happen Again?

Clearly a failure is of no use if it does not teach us a lesson and we do not do something to prevent it from happening again.

With my current client at Nearsoft, I, once again, needed to adapt and face some technical challenges.

Something that I did during my first meeting with the team lead was to let him know that I did not have much experience with some of the technologies that were being used in the project (e.g., AngularJS and Breeze). I made sure that he knew that it would take me a bit of extra time to reach my desired productivity level.

I also told him that initially I might need more help in completing the first stories. I was relieved when he told me that I should use the first couple of weeks to get acquainted with the application and adapt to it.

Fortunately, I managed to fit very well in the project. Both the team lead and the CEO (i.e., the product owner) were open to learning themselves and to suggestions to improve. For example, during the first few days I included training time in my reports. I also reviewed the entire application, finding areas of opportunity, and clearing up questions, and finally making proposals to improve the maintainability of the code.

I am now close to completing one year in the team. The application has grown and so has the development team, and I can say that it is one of the most successful software projects that I have been part of.

We Are on the Way

Getting used to exposing our ignorance allows us to feel comfortable with the fact that we do not always know everything. It helps us to create an environment in which others will accept this and there are no false expectations or misunderstandings.

When we start as apprentices, we may find ourselves in the uncomfortable position of not knowing everything what we need to do our jobs. This should not be discouraging. Facing an adaptation period is only natural.

This is a learning opportunity: What can this project teach me? What can I learn that would help me grow as a professional?

So I invite you to not be afraid to say “I do not know.” Do not let your lack of self confidence, pride or fear, beat you at this game. We are all in the path of apprenticeship and learning.