Giving It that “Little Extra” 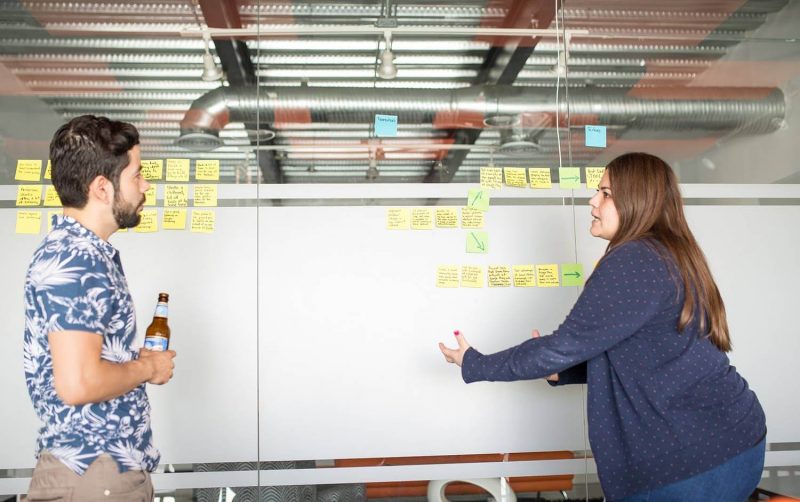 We talk a lot bout “giving that little extra” at Nearsoft, but I always thought that it applied only to developers. It was difficult to see what it meant in the design area until a recent experience I had.

Last week my client requested that I design a workbook. The goal was to create a beautiful and simple corporate design. “Piece of cake,” I thought.  It takes about ten hours working in Adobe Illustrator and then I just need to export it to PDF format. But then came the big surprise: my client requested that the workbook be designed in Microsoft PowerPoint. Yes, that PowerPoint!

I felt frustrated and more than a little disappointed. I kept thinking, “this is going to be impossible” and “there is no way to get this done on time and look professional.”  But the number one recurring thought was “why do it in PowerPoint?”

At the beginning it was really hard to work with this software. For example, a simple square for a flow diagram took 200% of my attention, trying to adjust its shape and size. To add an image, first I had to resize it in Adobe Photoshop and then add it to the document. I couldn’t work with vectors because PowerPoint doesn’t support them (no, not really). A designer’s work without vectors is hell, and to me it was a designer’s nightmare with all these boundaries. There no was “eyedropper,” “magic wand,” “artworks,” “layers” or any of the other useful tools designers take as a given.

Nowadays there are a lot of tools around that make a designer’s life easier. I know how to use them and I have many of them installed on my computer. So, (again) why did I have to work with this “NON-DESIGNER-SOFTWARE?” This question popped into my head constantly as a created every new page. I was really, really upset, but I became a bit less frustrated as I finished more and more pages.

Two days later, I had a meeting with my client to review the workbook. My client is located in San Francisco and I am in Hermosillo, so the meetings always are by phone. During these meetings, I normally have the design on my screen, and also a pencil and paper to take notes.  I was prepared to do the same this time.

“Looks great,” was her first comment. “I really like the flow diagram on page seven,” was the next thing she said. “Uhmm… I think there is a typo in the title of page sixteen, but that’s OK Diana, I’m fixing it right now. That’s it, the title is correct now.  Let’s continue.” We continued reviewing the rest of the workbook, and as we did she kept making comments, changing typos, resizing images and adding bits of information here and there.

I was surprised.  And then, I understood.  I had found the meaning of the “little extra,” as it applied to me.

I found the “little extra” that I could give through the voice of my client when she said, “I’m fixing it right now.”  These six words made me understand the reason why she chose a “NON-DESIGNER-SOFTWARE” and how the “little extra” helped us work better as a team.

The PowerPoint nightmare is no longer keeping me up at night.  Today my client can edit, add and delete information without the assistant of a professional designer and design software. And she can edit the file in her office, at home or even on her cell phone. This saves time, a lot of time, not only for her but also for me.

I realized that this was a different meeting. I had made just one note. It wasn’t necessary to take any more because my client could make all the changes by herself during the call. When we finished the call, I looked at the note and I saw only a happy face drawn on the paper.  So I wrote a few words next to it to remind me of this experience.

The Pinnacle of Modern Science Fiction