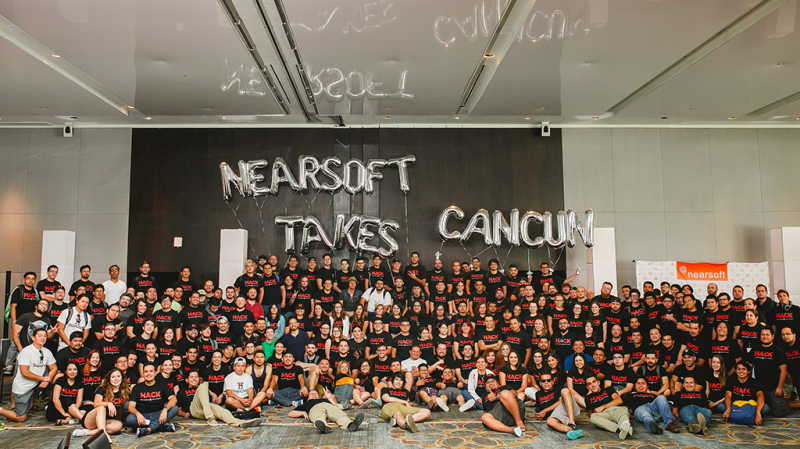 I joined Nearsoft in early 2013. Even I had come from a US-based company, until I joined Nearsoft I had no idea of the impact that a great company culture could have on a team and the entire company.

Trust is the key.

Before Nearsoft, all I knew was the traditional way that companies operate. They use a “cascade style” based on the company’s organizational chart. Quite often, this information becomes distorted or is incomplete. Decisions were taken unilaterally by the “head honchos,” with little or no regard for those of us who might be affected in some way or another.

Just about the time I joined Nearsoft we started drafting what would soon be known as “Leadership Teams.” Any Nearsoftian with an idea can call for a Leadership Team and others will join to work together on it. Its purpose is to come up with a decision for the whole company (i.e., until another leadership team is created to change this).

When assembling one of these teams, an email is sent to the whole company with an invitation. The first ones to respond will be included in the group. Ideally, a leadership team should not be too large (i.e., less than seven people), so as to make this process more fluid.

In my view, this is an excellent way to include everyone in decisions that affect us all. 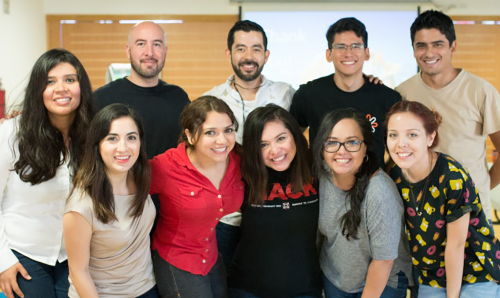 Leadership teams of all sorts started to sprout. I remember one called the “Coffee” Leadership Team. Its sole purpose was to find better alternatives for a good quality coffee. Another leadership team was created to decide how to equitably distribute the annual bonus.

Some Leadership Teams could be considered more impactful than others, but in all cases the final decision affects all of us in one way or another. I should note that the company founders may or may not participate;sometimes they do, and sometime they don’t. This makes the process more independent and transparent.

This is in line with the fact that we are a horizontal organization, with no hierarchy in place.

There was a team in which I personally participated called “Distributed Nearsoft.” The team’s aim was to understand how to solve the situation in which some people wanted to work remotely (i.e., not in our Hermosillo office).

In particular, we needed to figure out if we should more offices elsewhere in Mexico.

We held meetings every other week for about a year where we collected demographic data for several cities. We went over the steps to open a new office, minimum amount of interested people, population density, cost of living, universities, transportation, software development communities, and other aspects.

Being a native of Chihuahua, I advocated for opening an office there, of course.

After Mexico City, Chihuahua was where the largest number of Nearsoftians were from at the time. This worked out in our favor.
It was as close to a year we came to the conclusion that we would open an office in Chihuahua! 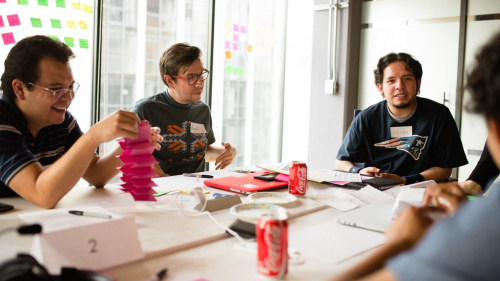 One for All, All for One

All these accomplishments were living proof that when you have the support and confidence of the company, an idea can be transformed into reality. If people are willing to work on it, we can affect the lives of many others in a good way.

This is how decisions are made at Nearsoft.

Those who are interested in making something happen work together on it through the Leadership Team vehicle. This can take long or not, depending on the nature of the issue at hand. But overall, it works better in the long term.

This is probably one of the reasons why we have been listed by WorldBlu as one of the most democratic, freedom-centric companies since 2009, and by Great Place To Work since 2008.

Currently, we have leadership teams to organize events, career plans, special projects, and numerous other aspects of our company’s everyday life and functions.

At our Chihuahua office, we will soon be hitting the 40-people mark. Each of us has found our identity and our roles and continue to take part in growth plans both this office and Nearsoft in general.

So the only thing that’s left for me to say is: Thanks Nearsoft!