Bring Coyotas When Visiting Your Team! 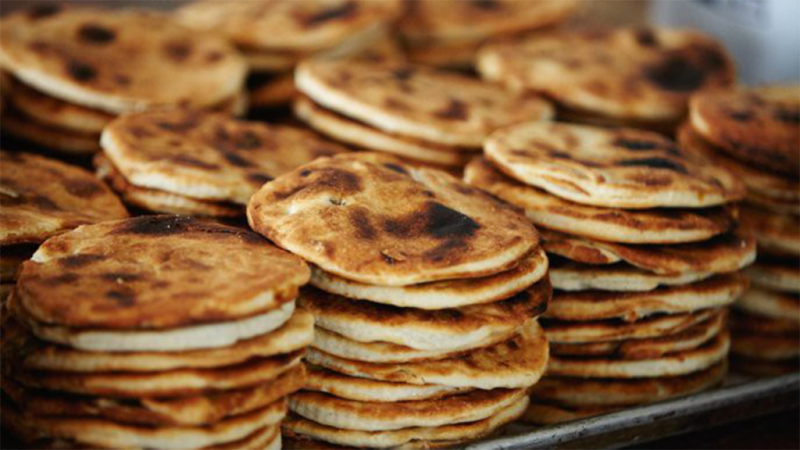 I recently visited my client in San Francisco. It was the first time we met in person.

Putting names to faces is a great experience. Getting to know people as fully functional human beings makes a huge difference in the way we work together. Don’t skimp on doing this. It is worth every penny.

For my part, I wanted to make a good impression and sweet, delicious coyotas hit the mark.

Just like any other day, I arrived at the office and my Success Coach tells me “Perla, you are going to visit the client!” and my reaction was, like, “Damn! I’ll get the opportunity to work side-by-side with the project leaders and I’m going on a trip to San Francisco!

I was very enthused but also a little nervous. I wanted to do the best possible job.

Let me tell you about my experience visiting my client.

From that very moment, I began to worry about several things. I started wondering about my English accent. I worried about my technical skills with a new stack—I had only a couple of months working with RoR. I did not feel as confident as I would have liked. And all of this while starting in a new team.

I was the first Nearsoftian they would work with. I felt had to bond with the team and thus open the door to more Nearsoftians.

Of course, I also worried about the more trivial things, like, what shoes to take with me.

As I waited to board the plane, it was stressful and exciting at the same time.

I left early from Hermosillo to Phoenix where I caught my connecting flight.

I arrived there around 8 pm. The San Francisco airport is huge, and, although it was not my first time there, I still felt like I could get lost. As it turned out, finding my suitcases was easy.

The next thing was to find my shuttle to the hotel. And then the problems started.

The shuttle took 20 minutes to arrive. It would have been perfectly acceptable, except I was freezing! Even though San Francisco is not particularly cold, Hermosillo is very hot and the difference was shocking.I started my trip at 95 degrees and ended up at 42 degrees in San Francisco. For me, it was a drastic change and my jacket did not help at all.

I decided to take an Uber instead. I figured that I was colder than hungrier and I should spend my travel expenses on getting to my hotel instead.

I was cold and exhausted. As soon as I checked in, I fell dead asleep. It has been a very long day.

Coyotas are empanada-like cookies. They are large, flat and traditionally filled with brown sugar, crushed nuts, or fruit jelly.

What I Came to Do

I woke up early and headed for the office with everything I needed: my laptop, my bag, and a box of Chocolate Coyotas. What better introduction could anyone ask for?

On the way I tried to remember all the steps to get there: where the bus stop was, what the fare was, and the time it would take me to get to the office.

Walking down the streets was fabulous! San Francisco is a beautiful city, full of beautiful things, shops, and buildings. The old and the new together.

And I never worried about getting lost, Google Maps worked great.

The office was different. They are in an elegant, multi-story building South of Market. Fortunately, the CTO had informed the reception desk to expect me and the office manager was waiting for me.

He took me to the developers’ area, the last hallway in the huge office. It was notoriously different, with many monitors, stand-up desks, ergonomic chairs, and so on. I had definitely arrived! 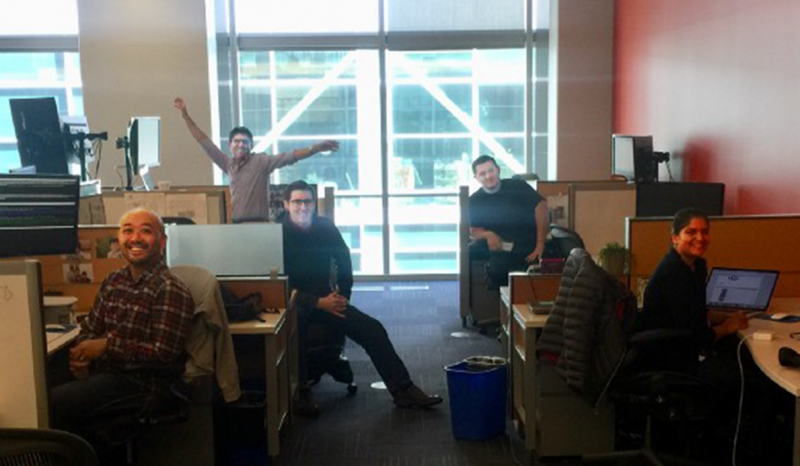 The team gave me a great reception. Jeremy, the Dev Lead, who helped during my onboarding, introduced me to the whole team. They all seemed very nice and happy to meet me. We grabbed some coffee and broke out the Coyotas. The were a hit and helped me break the ice with my team.

On my first day, I had a meeting with the Product Manager. Obviously, I did not understand the implications of many things, everything was new but I started to feel connected to the team. I could connect with my colleagues as real people and that improved our relationship almost immediately.

On the second day, I worked on fixing a bug that was a bit complicated. I worked with the two development leaders and learned a lot from them. As I got more comfortable with the team, I started to ask questions and it was definitely a milestone.

As a Java and C++ developer for almost nine years, sometimes I find it hard to understand the magic and flexibility of Rails. Discussing with them about this new stack, its strengths and its disadvantages, also taught me a lot. 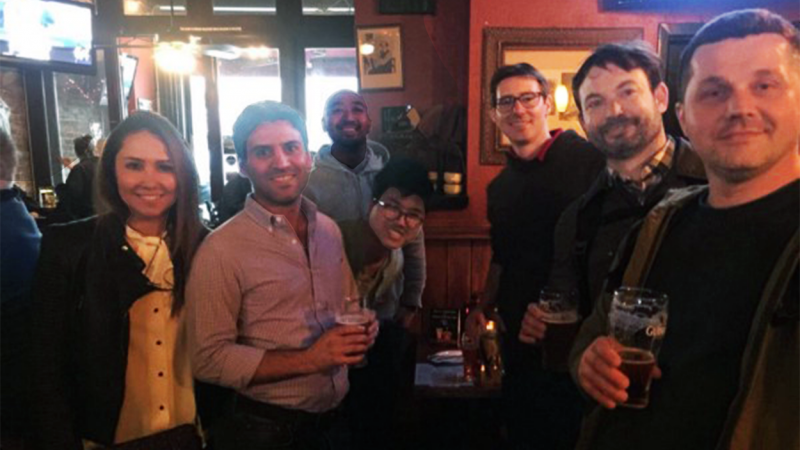 Every day we ate together at different places. The experience of the food is different from how we live in Mexico: we bought take out and brought to the office. In 30 minutes we were done and back to work.

Nevertheless, we had a chance to socialize and talk about things not related to work, such as family, hobbies, or our backgrounds.

The third day we released the last release of the year and the CTO invited us to a sports bar to celebrate. It was the last game of the baseball world series, the Dodgers versus Astros and it was quite entertaining.

They talked about their trips, how the company was growing, we talked about how Nearsoft could help them in that process, and starting making plans for their visit to Mexico.

I thought we would be working 12-hour days, but they have well-defined schedules. They got to the office at around 9 am and left between 5 and 6 pm. It was nice to see the importance that the team gives to family time. I liked that a lot.

Another great detail is that they spend more than an hour in commuting and had to more careful with their time. This made clear to me that I had to be considerate of this and, for example, not schedule late meetings.

The last two days were more hectic as we started working on new features. I was learning a lot and not wasting time.

The last day there, Matt and Julio, Nearsoft co-founders, showed up at the client’s office. We all met with with my team, including the CTO. I think that also helped the team feel that Nearsoft is a company with real interest in people. They saw how Julio, Matt and I joked, and it was something that left a good feeling in them.

The day for me to return had arrived. It was a heavy week, full of work and good experiences.

My flight left at around 6 am which meant I had to be at the airport at 4 am!

The night before I was exhausted and I was afraid of falling asleep and losing my flight. Fortunately, it was not like that and everything ended with only good things to share. My first visit was a grand success.

Personally and professionally, it was an excellent experience. The nerves were only a small part of the first day, but everything else was very positive. I am excited, happy, and eager to return to San Francisco to spent time my client.